Hydrology is the science that encompasses the occurrence, distribution, movement, and properties of the earth’s waters and their relationship with the environment within each phase of the hydrologic cycle. The hydrologic cycle is a continuous process by which water is purified by evaporation and transported from the earth’s surface (including the oceans) to the atmosphere and back to the land and oceans. 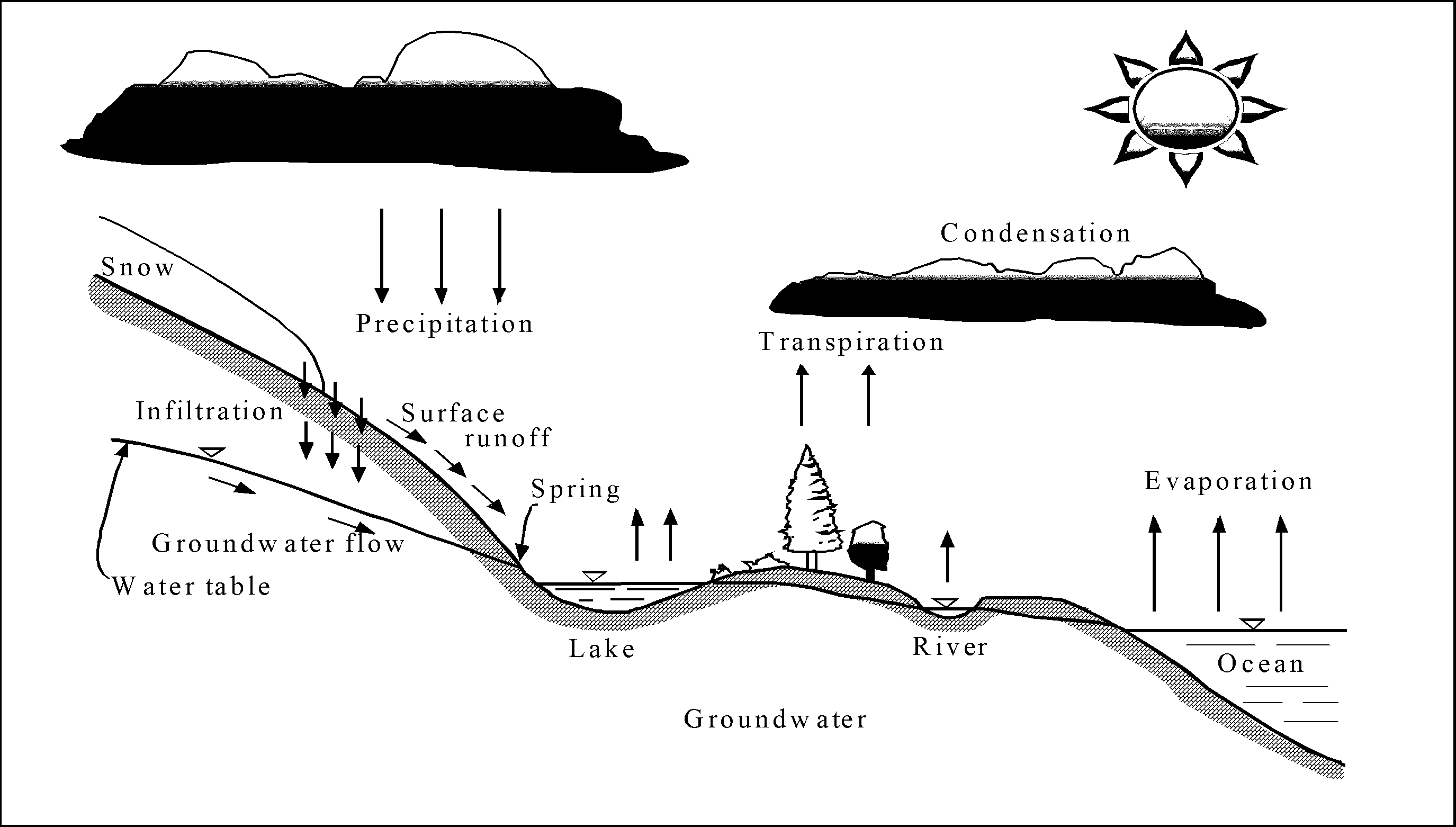 The hydrologic cycle is divided into logical phases or processes and is incorporated in the HEC-HMS software. These processes are simulated to varying levels of detail and work together to estimate the total runoff from a subbasin.

HEC-HMS calculates the total subbasin runoff by computing the volume of water that is intercepted, infiltrated, stored, evaporated, or transpired and subtracting it from the precipitation. This article describes various hydrology methods that are used within HEC-HMS to compute total runoff from a subbasin.

Refer to this article in our knowledge base to learn about various infiltration methods and how to use them to compute surface runoff.

Runoff (Transform) methods are used to transform the excess precipitation (after the losses have been subtracted) into surface runoff (direct-runoff). HEC-HMS provides two types of transform methods:

Refer to this article in our knowledge base to learn about various runoff methods and how to use them to compute surface runoff.

Baseflow methods are used to represent contributions to subbasin runoff due to excess groundwater. Baseflow is comprised of runoff that infiltrates into the ground, flows down gradient or slope, and then reaches back on the land surface and flows back into small channels. The smaller channels merge in a larger channel, then into the stream and river and so on.

Baseflow comprises mainly two components: Interflow and Baseflow (saturated ground water). Interflow is the water that travels in the unsaturated portion of the soil down gradient and then at some point comes back onto the land surface to merge in small streams or channels. Baseflow is the water that percolates into the groundwater and then from the groundwater contributes to channel flow at some point.

Conceptual and process-based methods, also known as physically based methods, are available to model baseflow. HEC-HMS includes only conceptual methods, which means that the model in use should be calibrated accordingly when using any baseflow methods.

Refer to this article in our knowledge base to learn about various baseflow methods and how to use them to compute surface runoff.

Surface storage methods are used to compute precipitation losses due to local depressions in the ground surface, cracks and crevices in parking lots or roofs. The surface component is included to represent the ground surface where water may accumulate in surface depression storage.

Selecting a surface method is optional and generally only used for continuous simulation applications. If no surface storage method is selected, the subbasin will not compute losses due to depression storage, and all precipitation will be treated as direct runoff subject to canopy interception and soil infiltration.

Refer to this article in our knowledge base to learn about various surface storage methods and how to use them to compute surface runoff.

Refer to this article in our knowledge base to learn about various canopy methods and how to use them to compute surface runoff.