Within CivilGEO’s software, every data layer has its own coordinate reference system (CRS) which is used to integrate it with other data layers within the Map View.

If a data layer has been added to a project and does not have a CRS defined for it, it will display in its own local coordinate reference system. This might happen, for example, when importing an elevation grid data file to the project. After loading the data layer, only that data layer will be shown in the Map View. The other data layers lie in a different projection of the Map View.

To use the Spatial Reference feature, follow the steps below:

The following sections describe the use of the Spatial Reference tab and how to interact with the above dialog box. 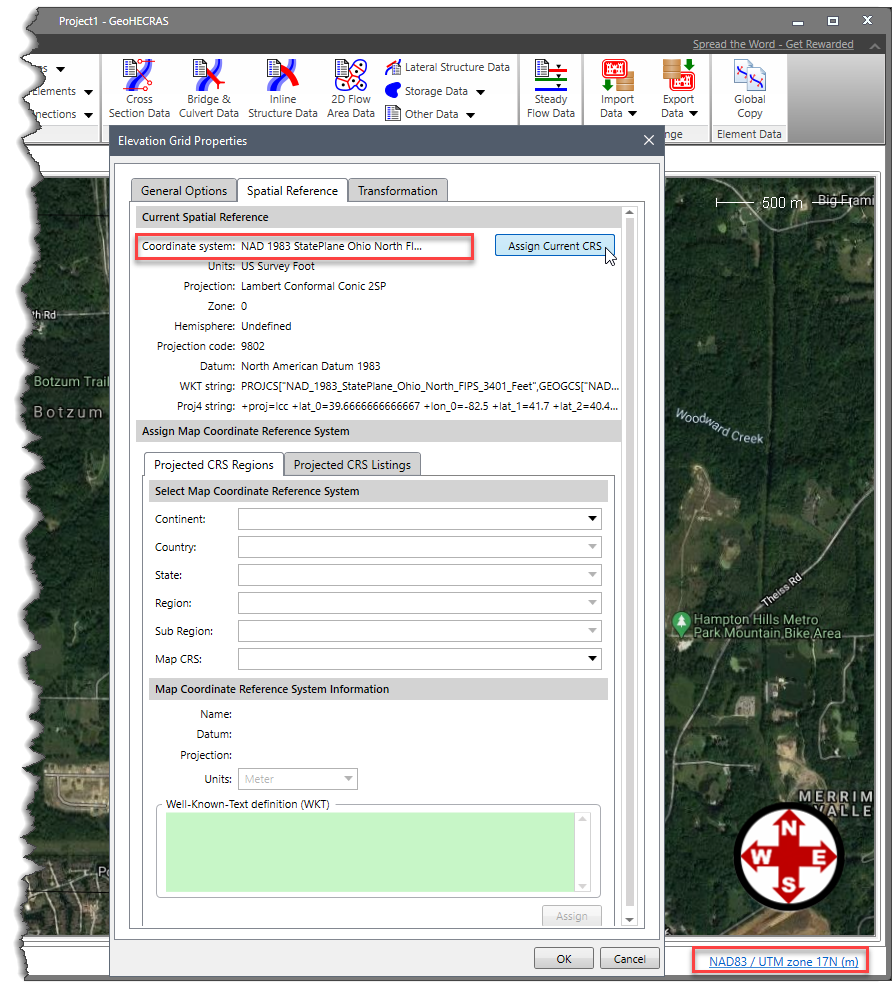