A hardware problem, power failure, or software problem can cause the program to terminate unexpectedly. This article describes the options available to help you recover your project data should this happen.

Automatic saving of project files—commonly referred to as “autosave” files—are backup files created automatically by the Autosave feature. As you work in the software, the changes you make are automatically saved after an interval of time (every 5 minutes by default). Using the Save or Save As command will halt the automatic save timer until an edit is made to the project. Automatic saves are only done if the project has been modified after the last save.

If the user successfully saves the project and then closes out of the software, the autosave file is then automatically deleted.

Select File | Options to display the Options backstage page. This backstage page allows the user to modify the time interval in which the autosave operation is to run. The default interval is 5 minutes. 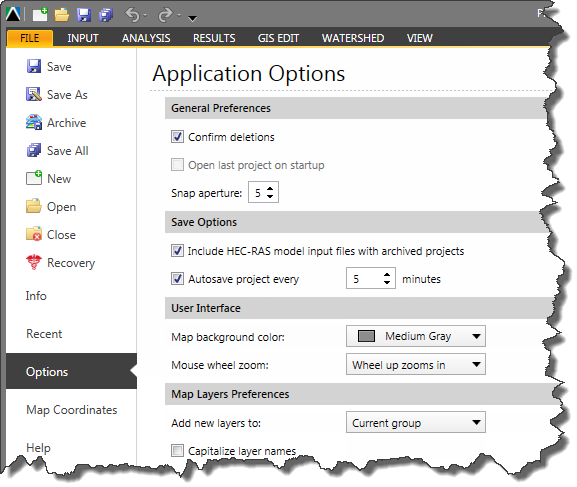 Note: Disabling the Autosave option prevents the software from creating any interim files while you work. In the event of a crash, there will be no autosave files available for data recovery. 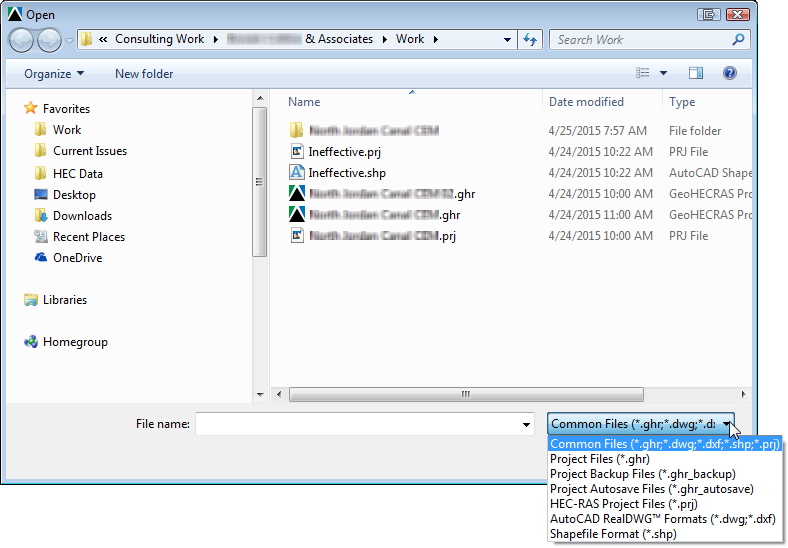 You can find your current (updated) model at the above location, but, if you have already saved your model through the Save As option, then check the Current Project Directory location where you have saved it.

Backup files help ensure the safety of your project data. If a problem occurs, you can restore a project backup file.

Computer hardware problems, power failures or surges, user mistakes, or software problems can cause errors in a project. By saving your work frequently, you can ensure a minimum of lost data if your system fails for any reason. If a problem occurs, you can restore a project backup file.

The Project Recovery Manager helps with the task of locating and opening projects that were last open when the software crashed, as well as any backup and autosave files associated with those projects.

When you launch the software after a crash, the Project Recovery Manager dialog box will automatically be displayed. (You can also display this dialog box by selecting File | Recovery.) This dialog box determines what projects were active when the crash occurred and displays those projects and the associated backup and autosave files in a single, easy-to-use interface. 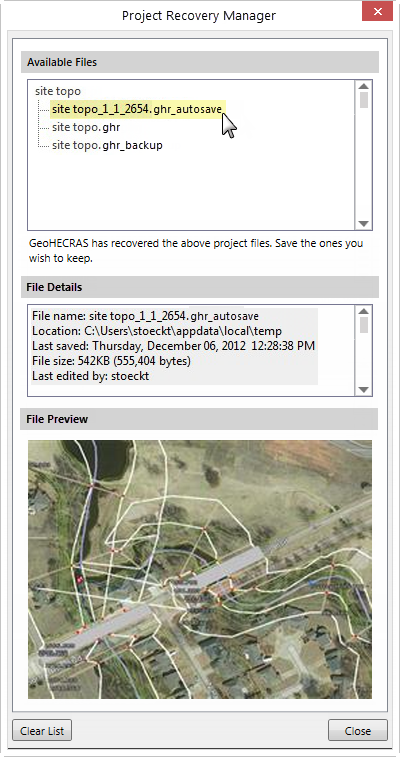 Note: The project, backup, and autosave files are listed in the order that they were last saved.