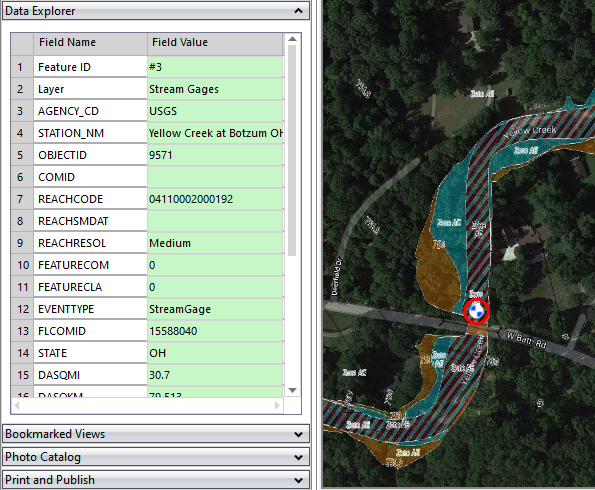 The software can import the Aquaveo SMS application’s .2dm mesh geometry files. To convert the .2dm mesh to an elevation grid see the Generate Terrain Command knowledge base article. 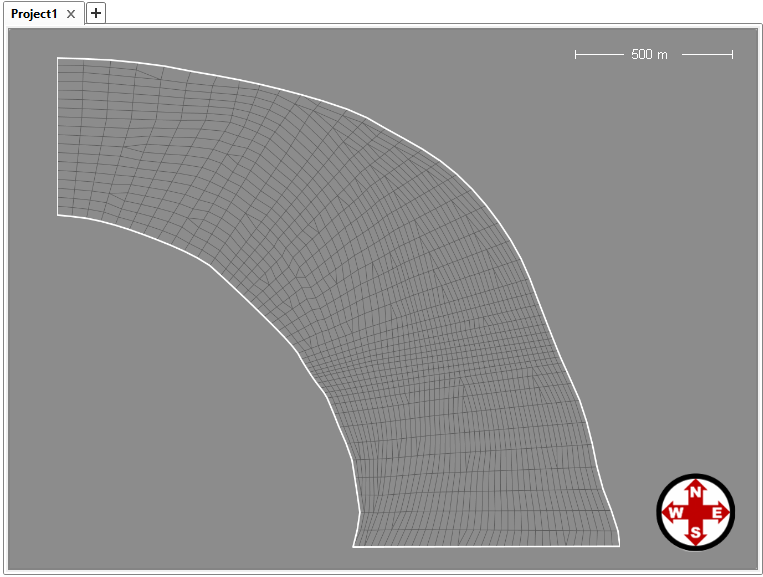 When working with different storms and scenarios, the user will commonly refer to an entry as a “10yr Storm”, “25yr Storm”, “50yr Storm”, “100yr Storm”. Previously, when these names were used to describe meteorological data or scenarios, the software would list the entries in alphanumerical order as follows: 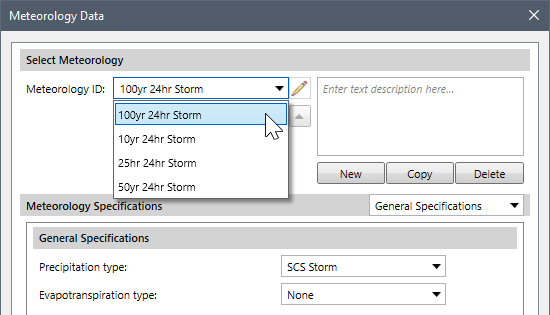 This ordering system is consistent with the methodology used by Microsoft Excel and Microsoft Word. However, a civil engineer recognizes that this system does not make sense from a storm frequency perspective. The software now intelligently orders the entries as follows: 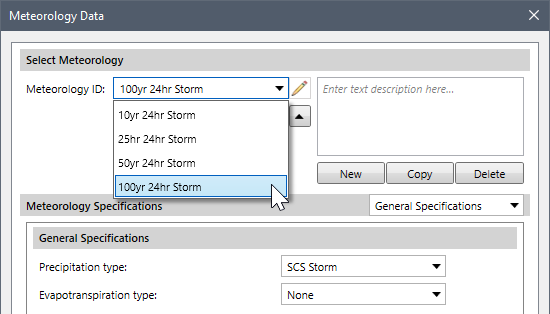 The land use data, impervious data, and soil map data for the US and other parts of the world are now mirrored on Azure webservices. The software will automatically recognize when the main webservice (e.g., USGS, USDA, NOAA, etc.) server is not available and the software then instantly fails over to a mirrored webservice server on Microsoft Azure managed by CivilGEO.

The Subbasin Table Edit command allows the user to edit the physical and hydrologic parameters for all subbasins in a single data grid. Selecting this command displays a modeless dialog box that contains data columns for all the common subbasin parameters. The user can interactively select subbasins on the Map View and the current row indicator will be shown in the data grid. The user can then actively edit the data contained in the data grid or copy the data to a Microsoft Excel spreadsheet. 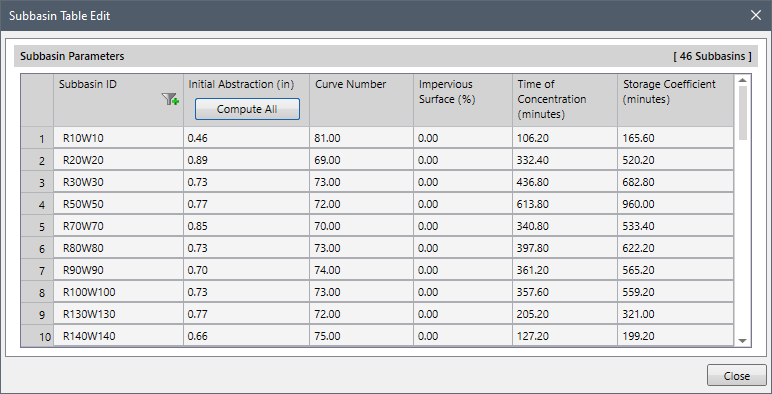 The new Reshape Subbasins command allows the user to easily and quickly cleanup the watershed boundary for a single subbasin or between two adjacent subbasins. 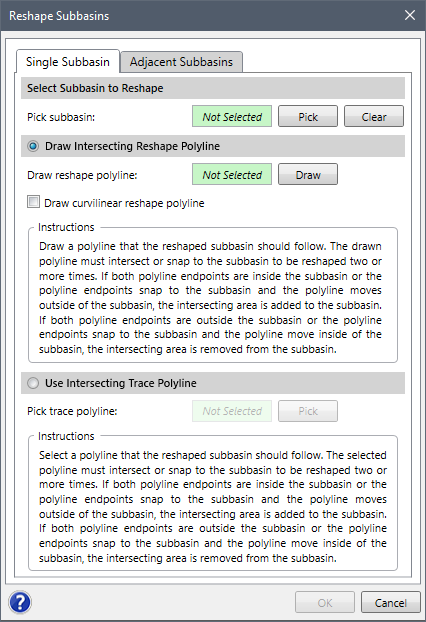 The new Split Subbasins command allows the user to easily and quickly split one or more subbasins with use of a drawn polyline. 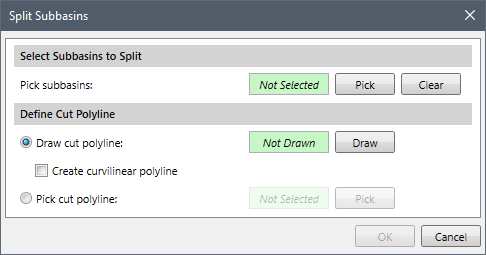 The new Merge Subbasins command allows the user to easily and quickly merge two or more adjacent subbasins into a single subbasin. 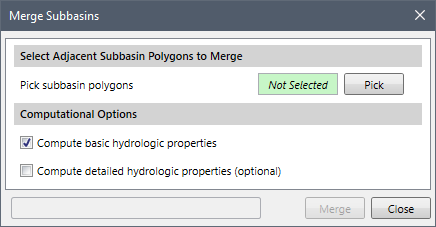 The user can use the new Measure Plot command within the graphical plots to measure the time offset and discharge difference between hydrograph peaks. 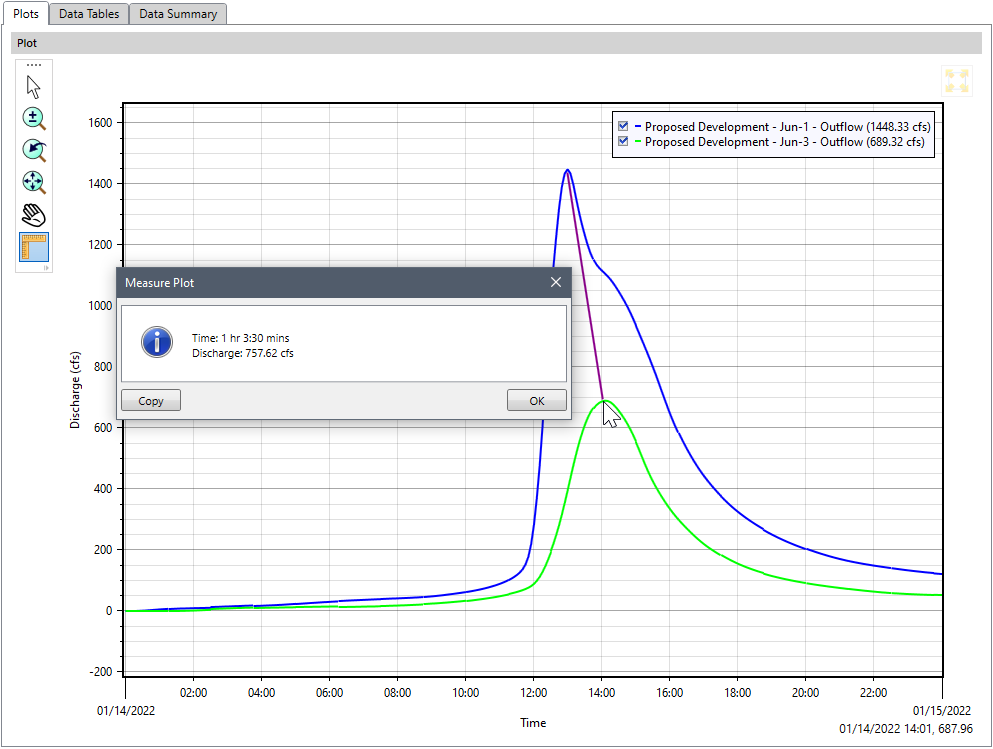 Using the Import Pipe Network command, an AutoCAD Civil 3D pipe and manhole network can now be imported into the software using a LandXML file format.

From the Options backstage page, the user can set the decimal digit precision for most input data, including:

While using the Pick command to select multiple elements, such as subbasins, reaches, junctions and more, the order of element selection is maintained when automatically naming the elements using the Assign commands.

The software now has the capability to compute sheet flow lengths using McCuen-Spiess equation. Channel flow can be defined by a fixed distance, percentage of total flow path length, or when the flow path intersects with the river or stream reach. 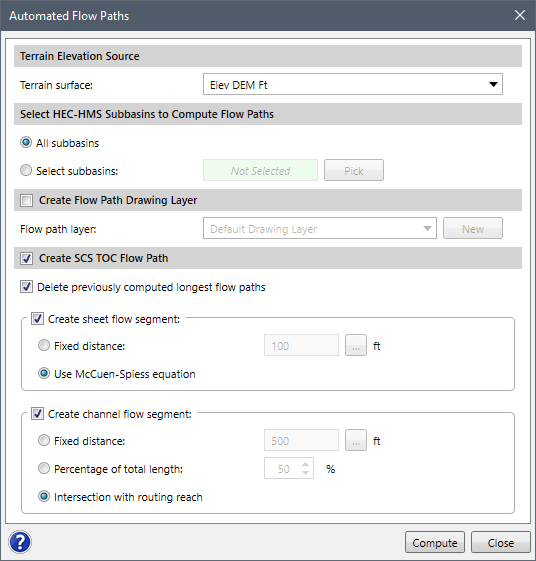 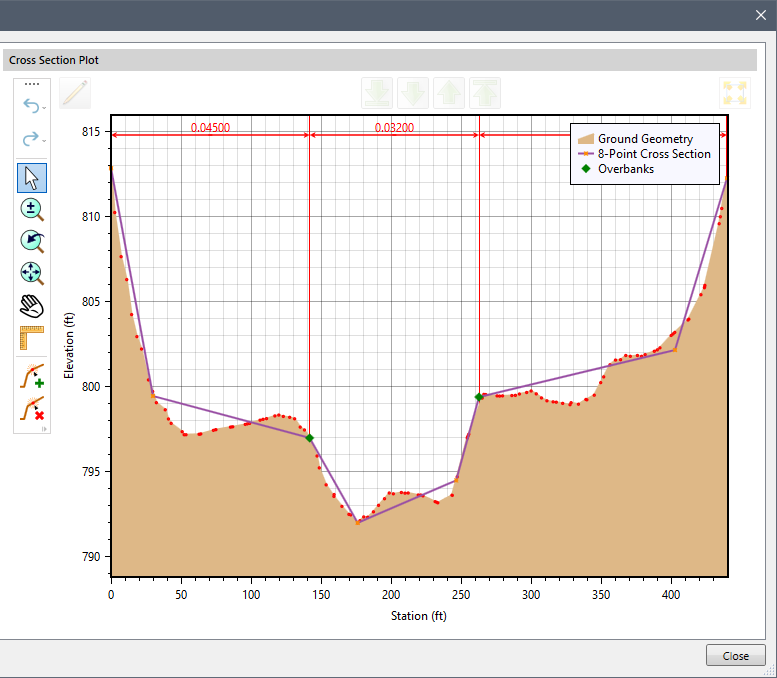 The Watershed ribbon menu has been restructured, modified, and improved to make it easier to find commands.

The Generate Report command has been significantly improved and includes the following options:

The Graphical Plots feature has been significantly improved and includes the following options:

The Storage Area Data dialog box has been improved and includes the following options:

Optimized for specific operations, the Draw Land Use command can handle much larger training layer samples without cursor drag or delay when digitizing.

The Export HEC-HMS to Shapefiles command now includes both the input data and the results to the exported shapefiles. This includes a link to the DSS output record so that the results can be easily transferred to HEC-RAS as a boundary condition. 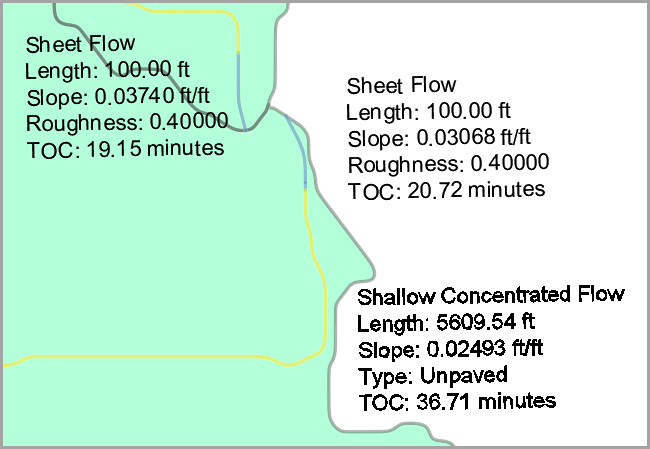 The software includes the input data and output data in tables in the results exported to Google Earth.

Most common software licensing issues can be solved within a very short period using the built-in trouble shooting wizard. 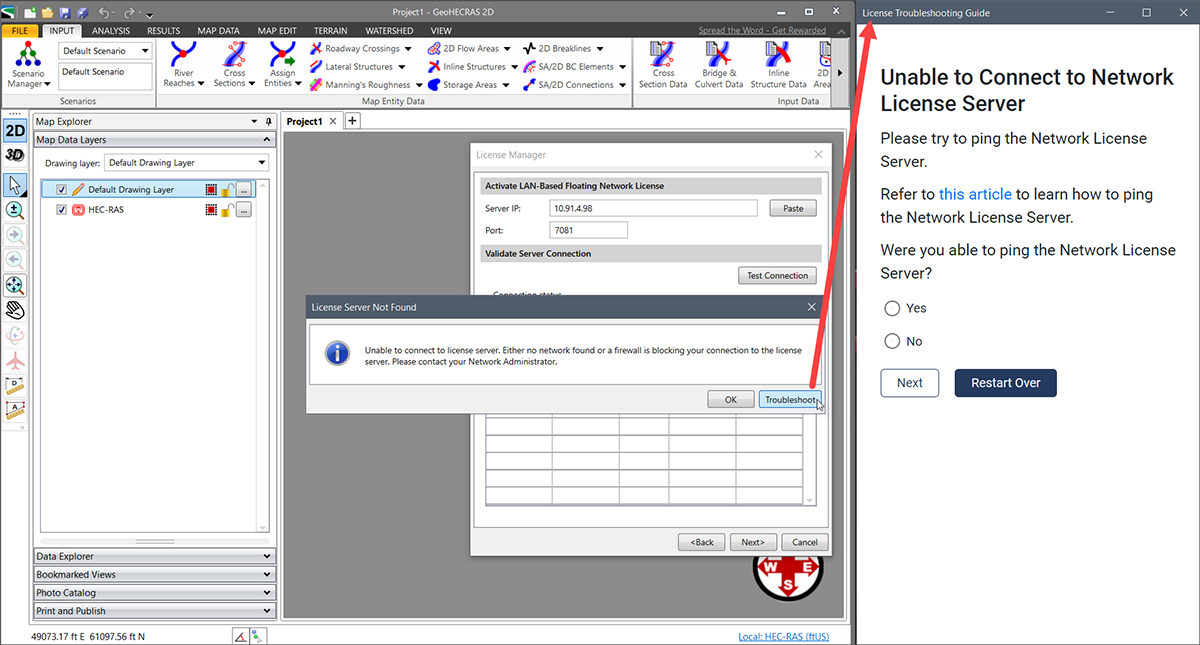 The Elevation Profile command now works with all kinds of polyline data, including HEC-HMS routing reaches.

The command was not accepting negative values for latitude and longitude. This has been fixed.

The automated installation of available HEC-HMS analysis engines had issues and the command is now fixed.