In addition to HEC-RAS’ default rectangular (structured) 2D computational mesh, the software can also create an adaptive 2D mesh to better represent more complicated 2D flow conditions and structures. The software will automatically refine the 2D mesh when required, such as at a roadway crossing. 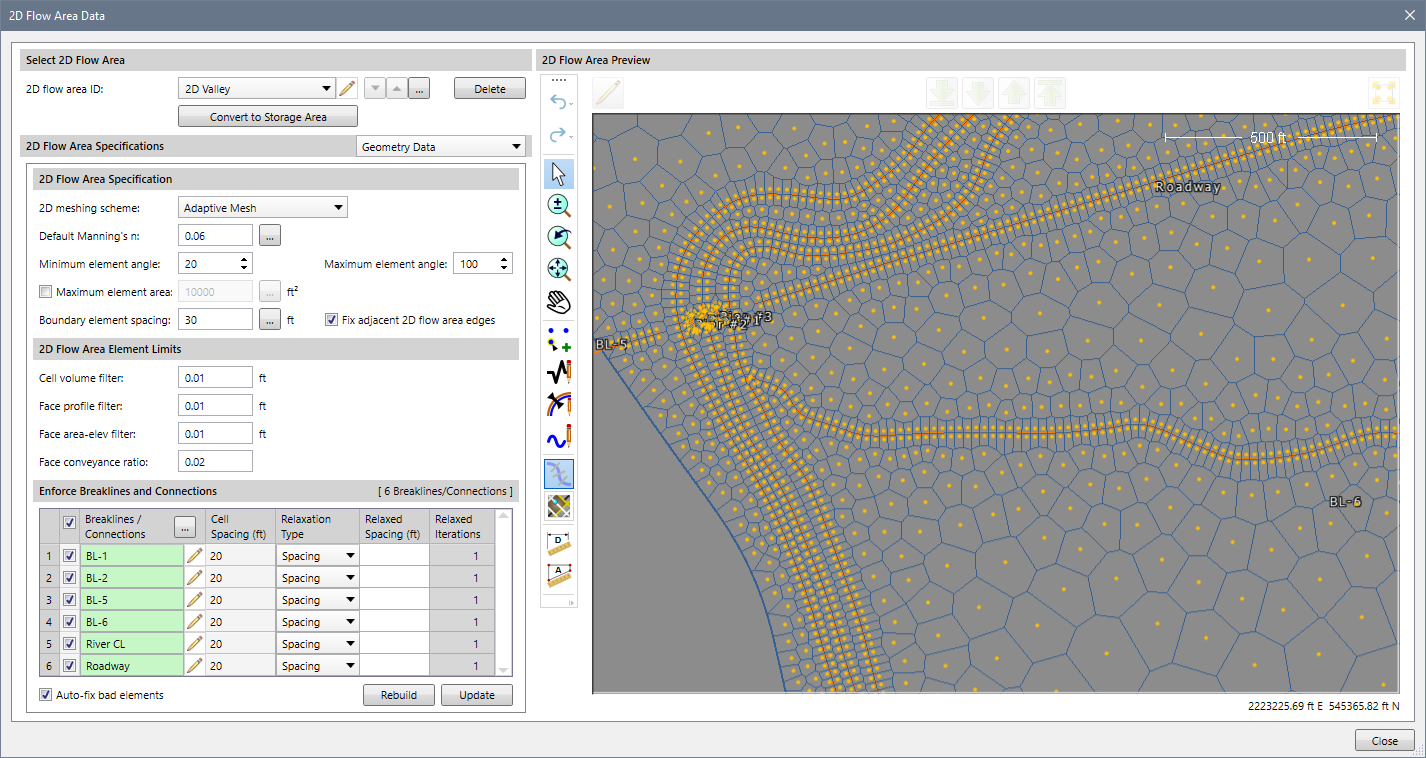 The software can stamp bridge piers into the 2D mesh. Supported pier shapes include:

The user can interactively place and rotate the bridge pier relative to the roadway crossing. 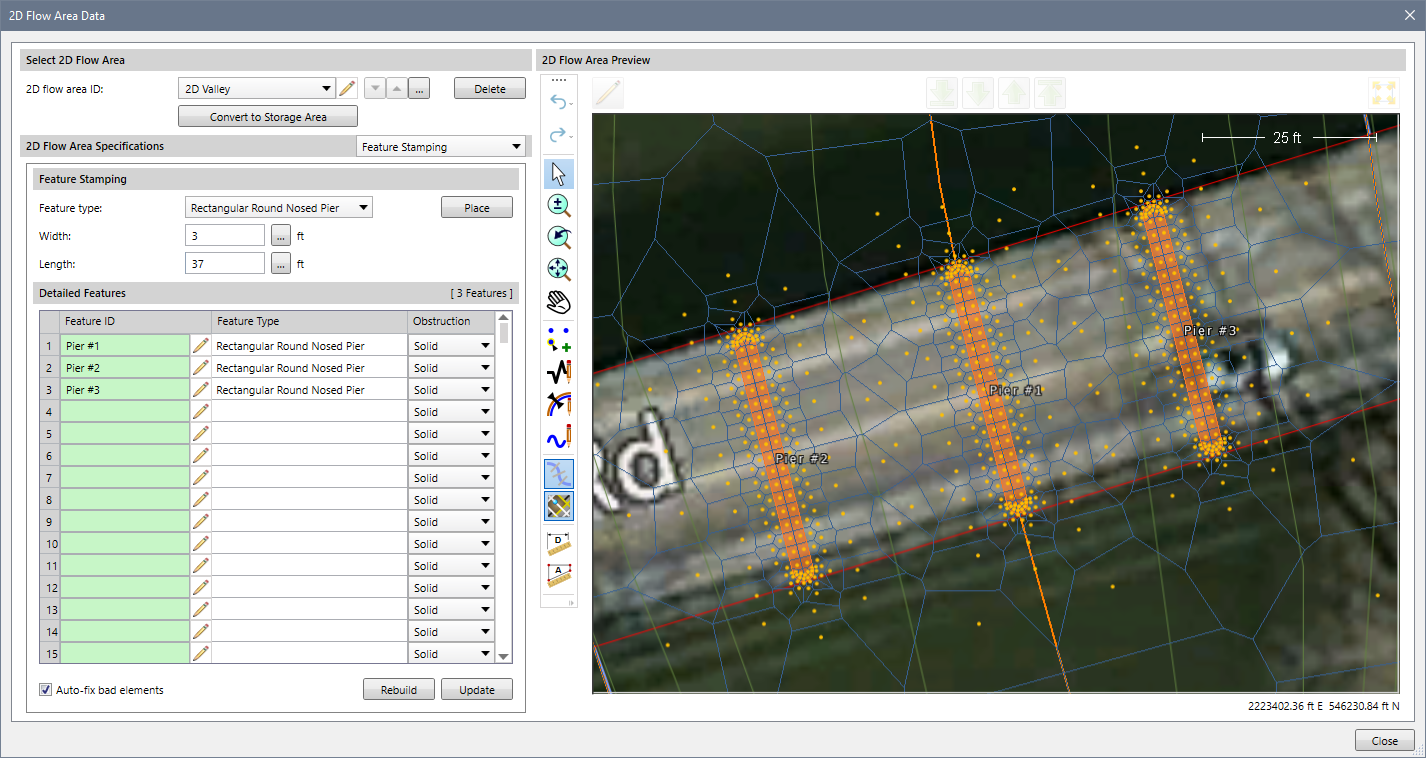 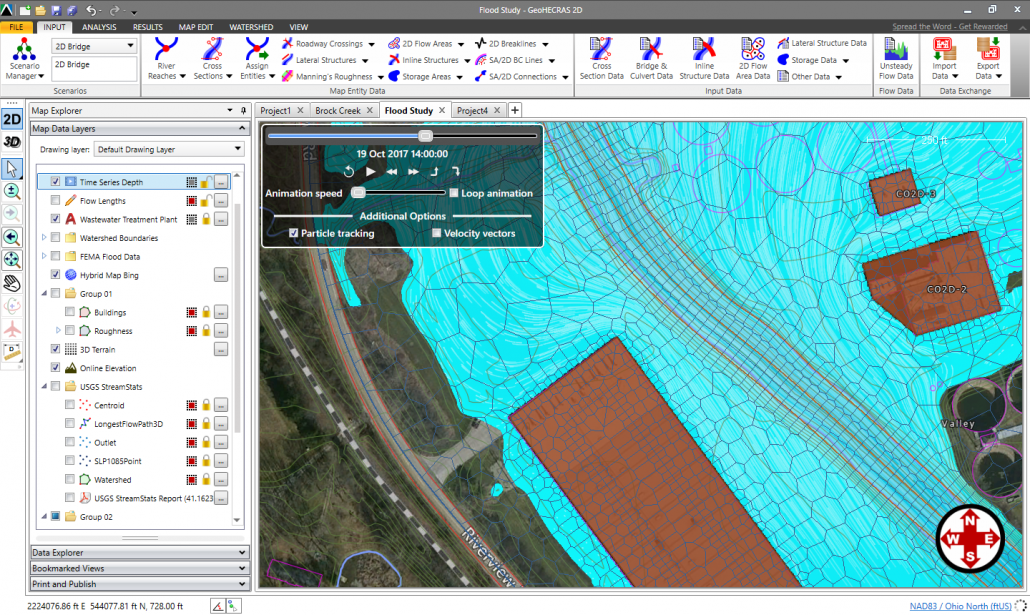 The US Army Corps of Engineers HEC-RAS software generates 2D meshes that contain elements that are marked “bad” and that require the user to manually fix. GeoHECRAS will automatically detect and fix these bad elements without requiring any interaction by the user.

As the user manipulates the 2D mesh by inserting additional elements, moving elements, and other mesh element editing, the software remembers these edits. Then, the next time the 2D mesh is rebuilt, these user-defined changes are automatically incorporated into the mesh. 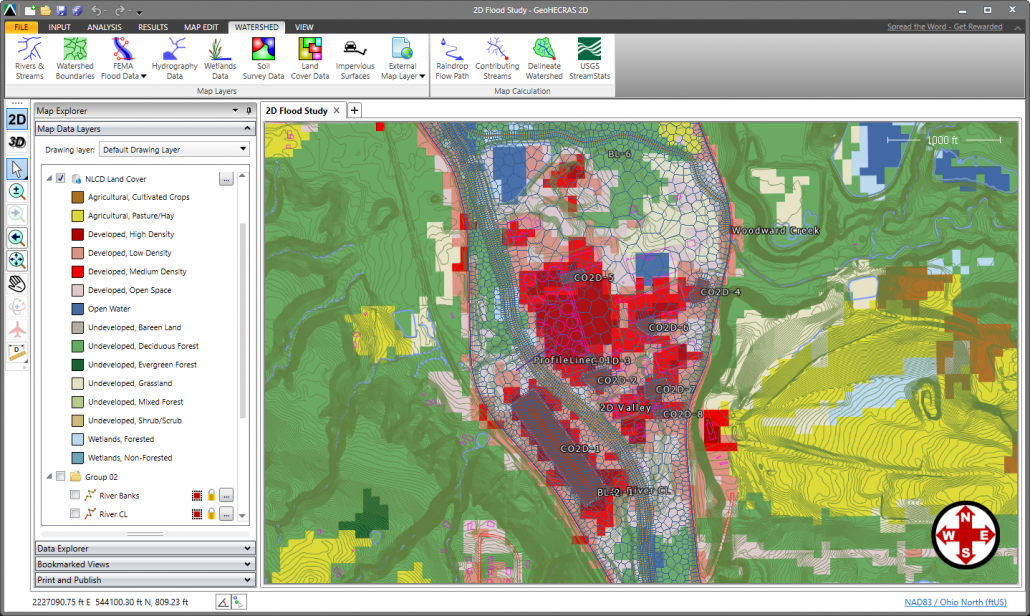 For the above result variables, the user can define a threshold depth in which the flood hazard map boundary is initiated. 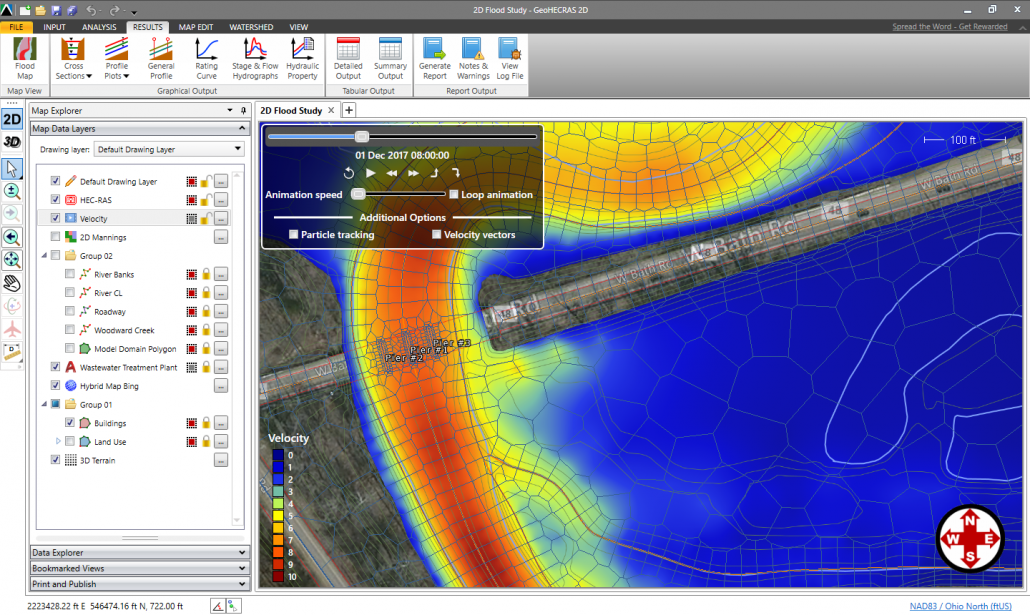 For unsteady flow models, the flood map can be animated to show how it changes with time. The animation speed can be adjusted, as well as setup to continuously loop. The final animation can be recorded to a video. In addition to animating the flood results, options are available to show the maximum and minimum flood extents. 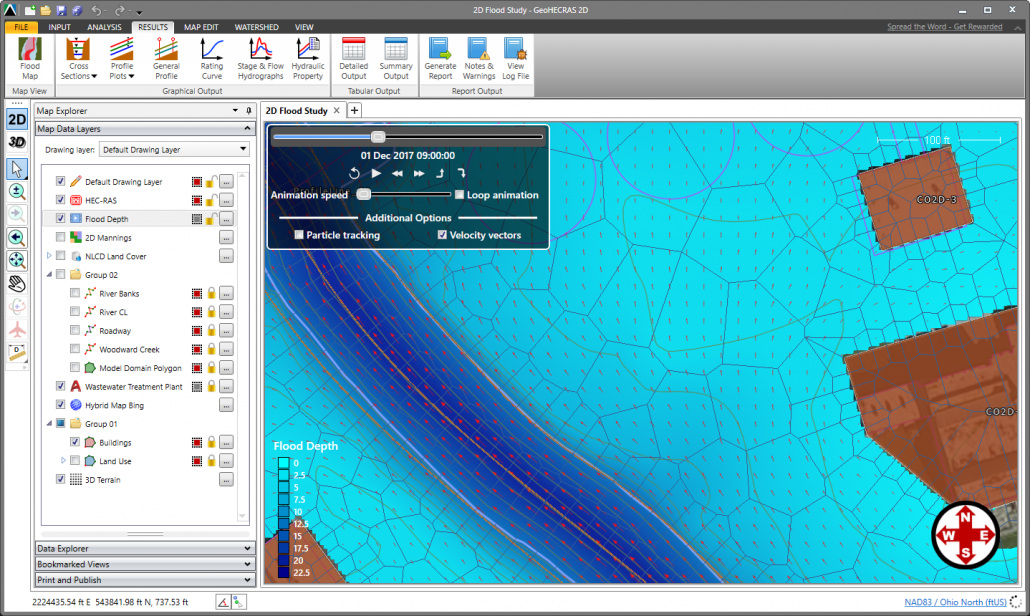 The software can plot moving particles on the flood map to represent the flow field for both 1D river reaches and 2D flow areas. The size and speed of the particle is adjusted to represent the velocity at that point. Particle tracking maps can be created for both steady flow and unsteady flow models. 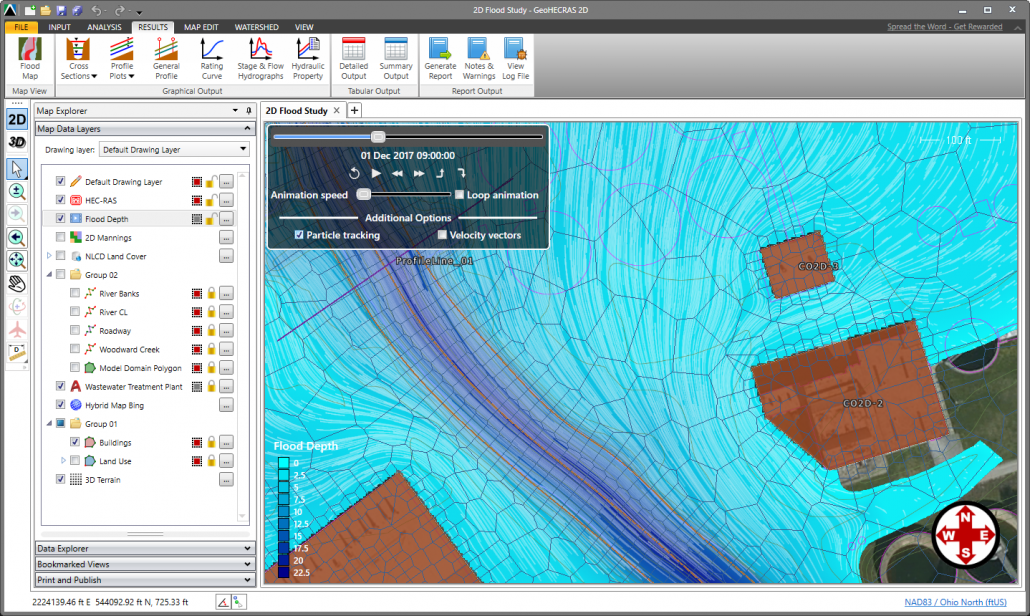 The software can export out the flood map animation to Google Earth. This is helpful for presentations on flood risk assessment and flood management. 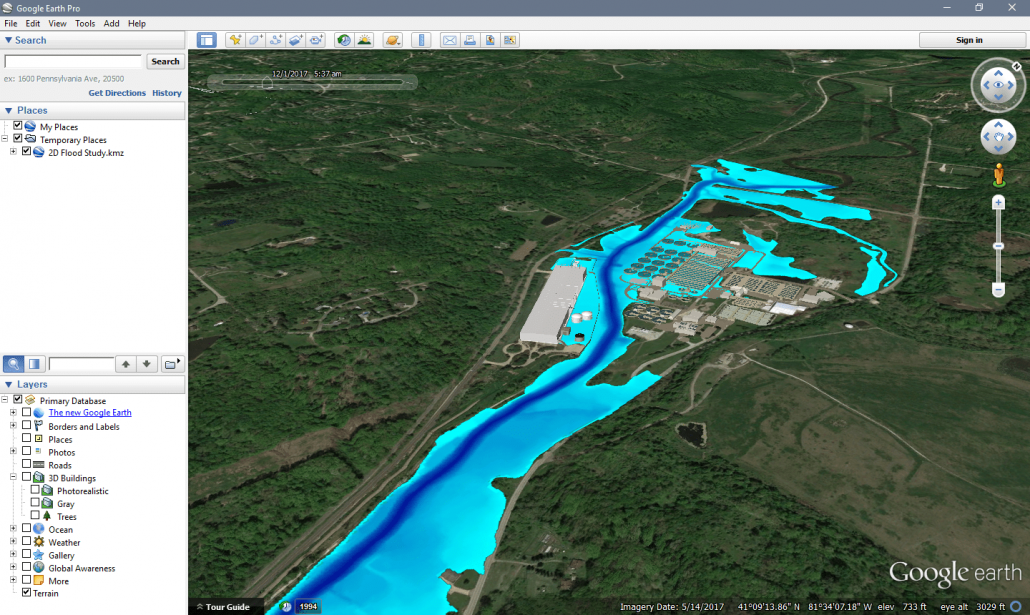 After the changes have been added to the river channel, a HEC-RAS analysis can be performed to see what affect these changes have on the computed water surface elevation, depth of flow, velocity, and shear stress. This command can be used by the user in performing stable channel design and for fish waterway and passage design. In addition, bendway weirs and other artificial structures can be easily inserted into the channel to adjust the flow characteristics of the stream, stabilize the channel from horizontal migration, and create habitat areas for fish. 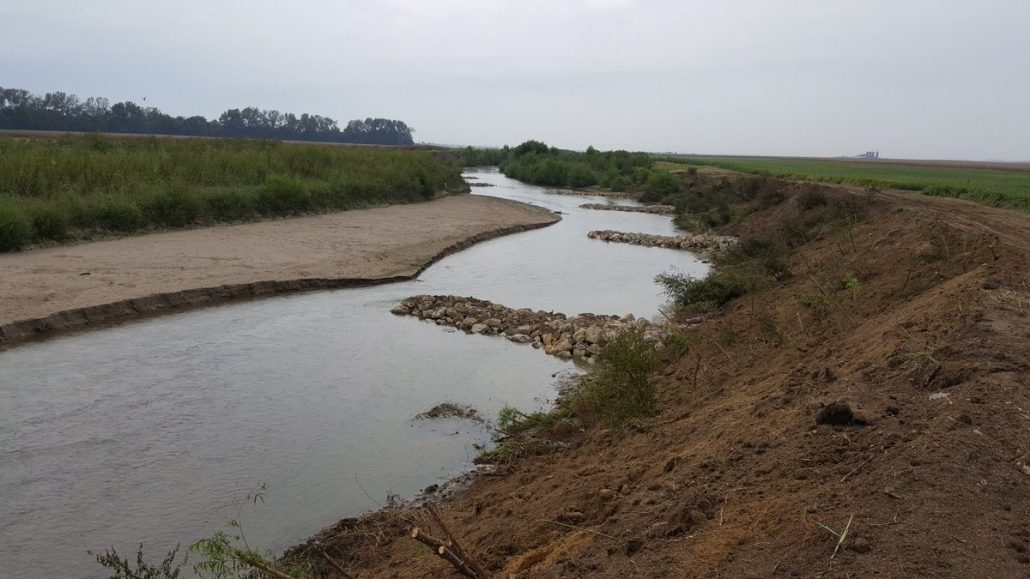 The Process LIDAR command has been extended to allow assignment of a CRS to the processed LIDAR file.

This new command allows the user to select which plans (scenarios), geometry, and flow data to remove from a project. In addition, it automatically compresses the database to shrink the size of the project file.

The following GIS editing commands have been added, allowing the user to manipulate map data:

Surveyors use a NOAA online software program called OPUS that takes measured GPS grid coordinates from a survey data collector and convert them into local ground coordinates that are corrected for the true shape of the Earth (which is not a perfect sphere). AutoCAD Civil3D provides support for the transformation scale factor in its Drawing Settings dialog box. We have implemented support for this transformation scale factor throughout the software, including CAD layers, TIN layers, HEC-RAS layer (and other layers) Properties dialog boxes, allowing the software to support local ground coordinates.

Internal Changes in WS and EG

Internal boundary conditions can be defined at a cross section, on a profile by profile basis, by defining one of the following:

In addition, the command has been sped up by 200% by inline parallel processing optimization. As such, grid limits have been increased to 50,000 x 50,000 cells which generates a 9-gigabyte elevation grid (in under 20 minutes).

When creating terrain models and flood map results, the user can now specify down to one-tenth of a foot or meter resolution accuracy.

When creating terrain models and flood map results, the user can now specify down to one-tenth of a foot or meter resolution accuracy.

This improved command greatly speeds up the creation of cross sections by automating the process of determining the river station ID, flow lengths, and bank stations. The user can draw cross section after cross section without needing to intercede and define other parameters.

During the process of designing a bridge opening, the software remembers what was used previously. In that way, it allows the user to more effectively size a bridge opening to a roadway crossing.

Editing of polygons that have shared borders (or edges) is now supported. Moving a vertex on a shared border changes the adjacent polygons.

All data grids (or tables) support complete AutoFill (or sometimes called drag-fill) functionality, as is provided in Microsoft Excel and other spreadsheet software. AutoFill series, like 5-Year, 10-Year, 15-Year, are fully supported.

This command now has an option to remove redundant vertices. This greatly reduces the size of the constructed contour data while still maintaining the required accuracy. 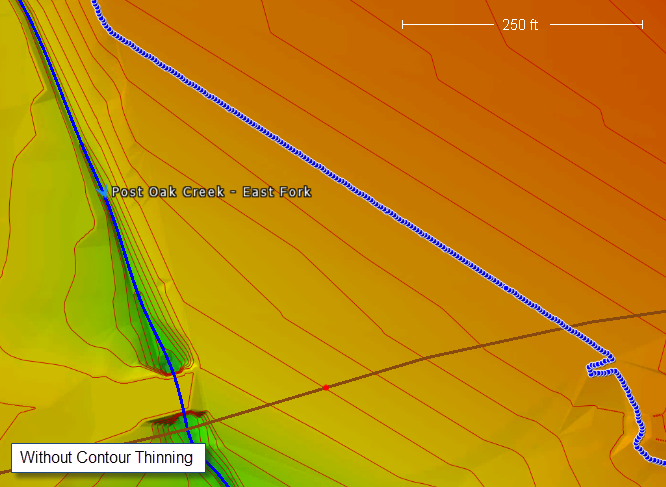 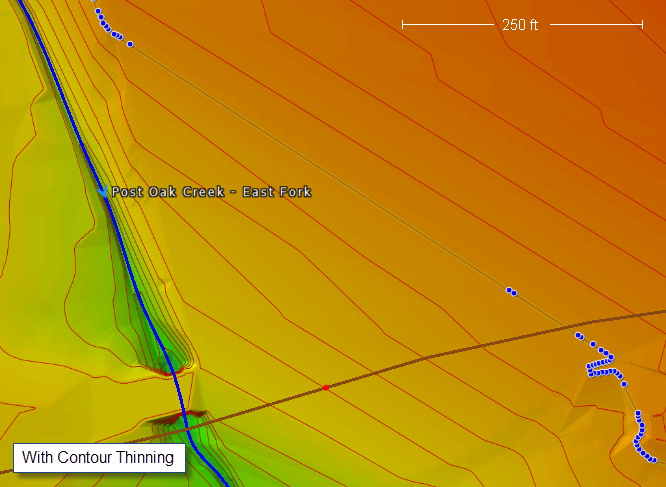 The date selection dialog box now allows the user to select the current date by clicking a button. 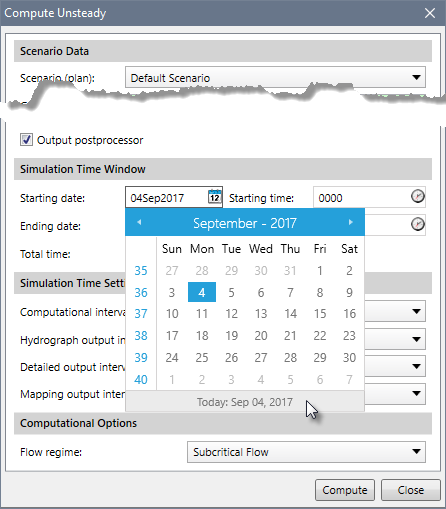 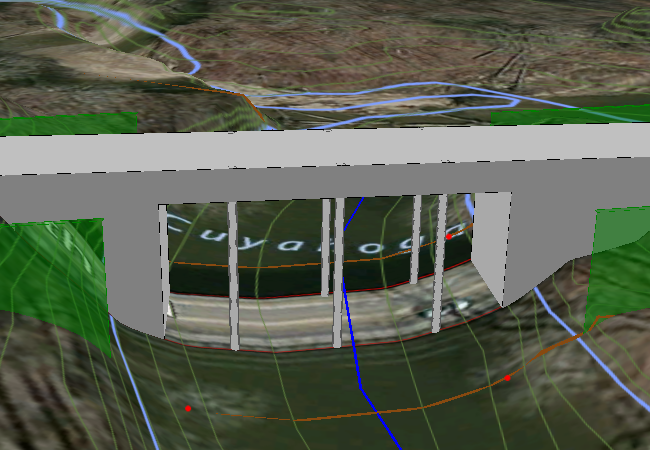 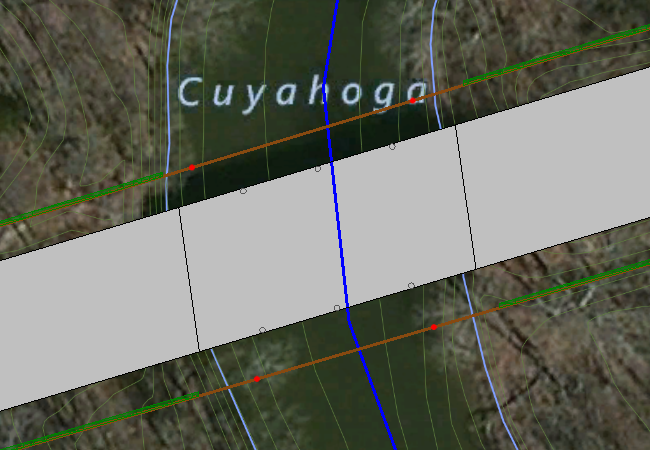 Many commands require the user to select the limits for processing, such as generating contours. These commands now remember the last-defined user limits.

Loading an exported AutoCAD drawing file into Civil 3D causes the HEC-RAS model data to zoom away from the current view. This issue has been corrected.

These commands were not keeping track of the 2D & 3D view modes. This issue has been resolved.

There were some issues regarding creation of lateral structures. These issues have been resolved. 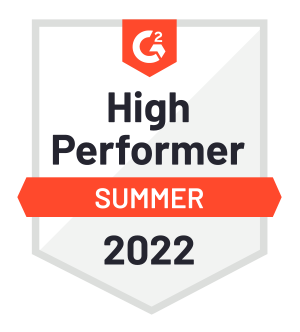 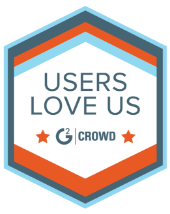 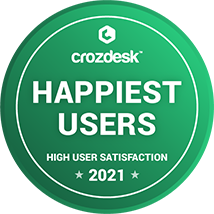 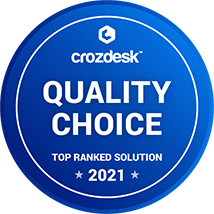 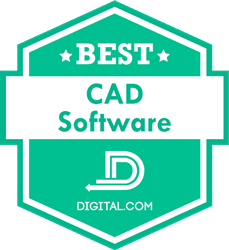 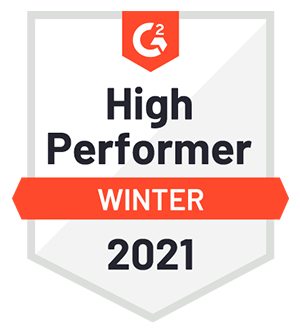 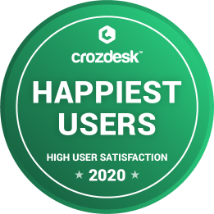