The software allows you to work with multiple projects at the same time.

The tabbed window interface allows you to quickly change between projects. Just click on the project tab that you want to work with. 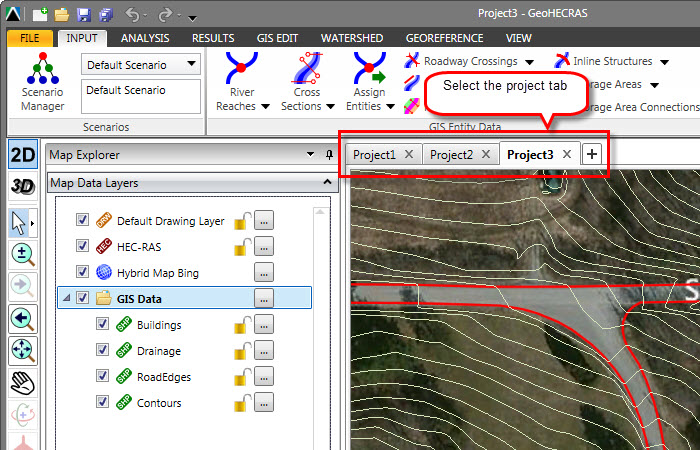 You can also dock (or park) multiple windows in the user interface so that you can see multiple windows at the same time. Select the title bar of one of the project windows and drag it downward. The project tab window will come undocked from the other tabs. Move this dragged title bar and cursor over one of the visual cues that are shown on the user interface to dock the window. 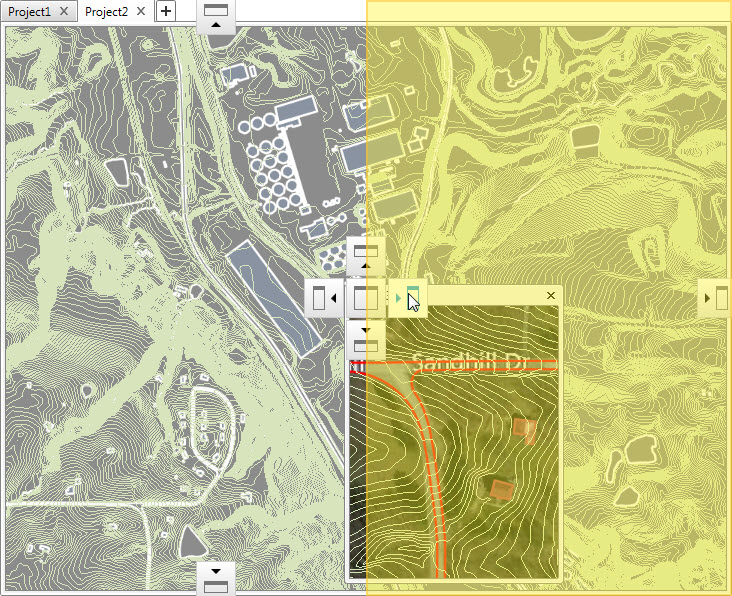 The resultant user interface will show two windows, side by side. 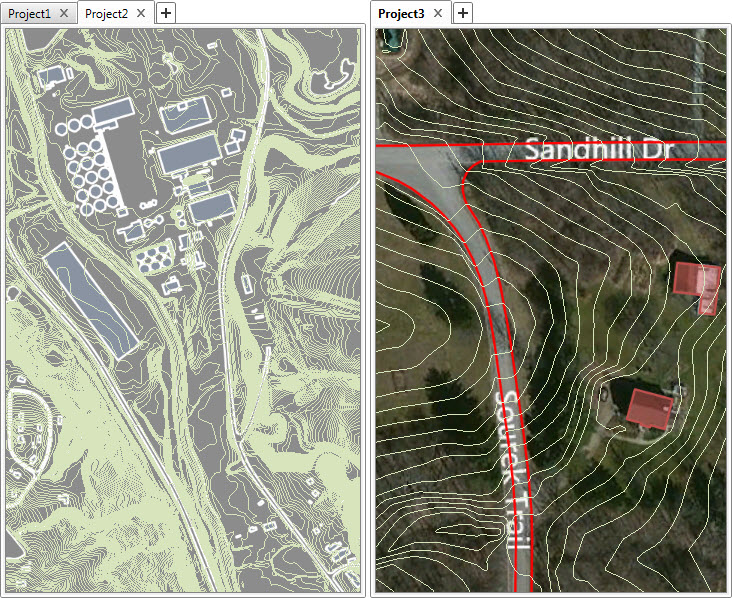 To restore the tabbed window interface, select the title bar of the window to redock. Drag downward and place the dragged title bar and cursor over the center visual cue shown on the user interface to restore the window. 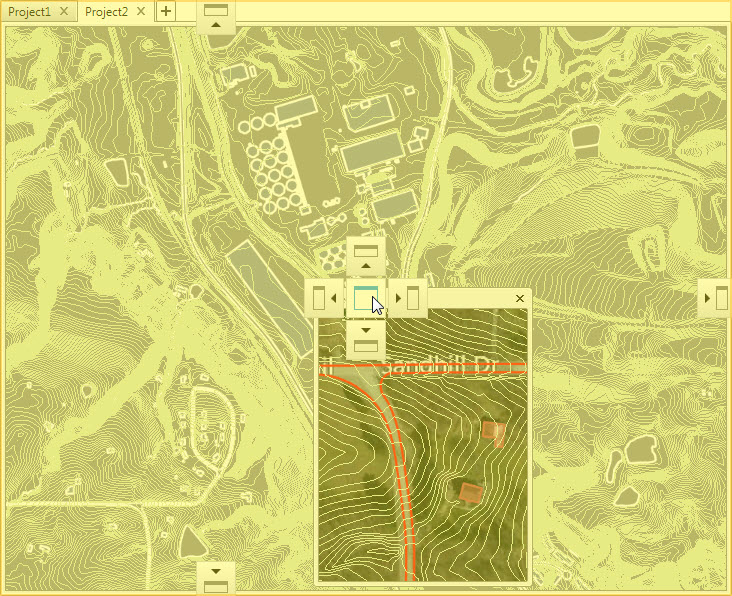 The project window will be restored to the tabbed user interface.