Terrain data is usually expressed as a series or collection of elevation points with x-, y-, and associated z-values. It generally includes a series of points representing the high and low extremes in the terrain that define topographic features such as streams, levees, ridges, and other phenomena. Terrain data are critical in areas such as infrastructural management, hydrology and flow-direction studies, and land-use planning.

Some of the major uses of terrain data are as follows:

Elevation grids, sometimes called DEMs (Digital Elevation Models), are commonly used to represent ground terrain surfaces. Elevation grids use a fixed grid cell size to create a raster heightmap (a grid of squares) in which each cell stores the corresponding ground elevation. The smaller these grid cells, the greater the level of detail captured by the DEM data files.

CivilGEO’s software supports most of the terrain elevation sources used for generating terrain surfaces. In the Terrain source entry of the Generate Terrain dialog box, different supported terrain source types are shown below. 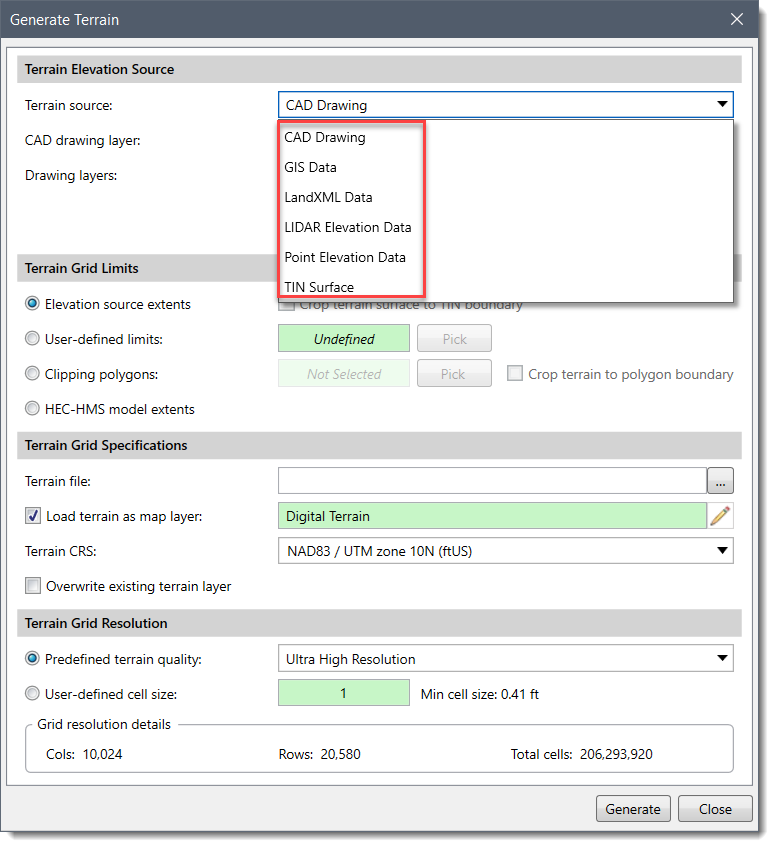 Refer to this article in our knowledge base to learn more about adding different elevation data methods.

Our software provides the user with numerous commands that work with elevation data, as mentioned below.

The two broad categories of DEM sources are as follows: