Follow the steps below to use the Simplify Elements command:

The following section describes how to use the Simplify Elements command and interact with the above dialog box.

The user can click the [Clear] button to deselect the selected polylines or polygons and redo the entire process.

The value in the Threshold entry field represents the degree of vertex displacement relative to adjacent vertices. By default, the software uses a value of 10 ft. The user can enter a different value or use the [Pick] button to measure the threshold value from the Map View. A larger threshold value results in fewer vertices defining the polyline or polygon. 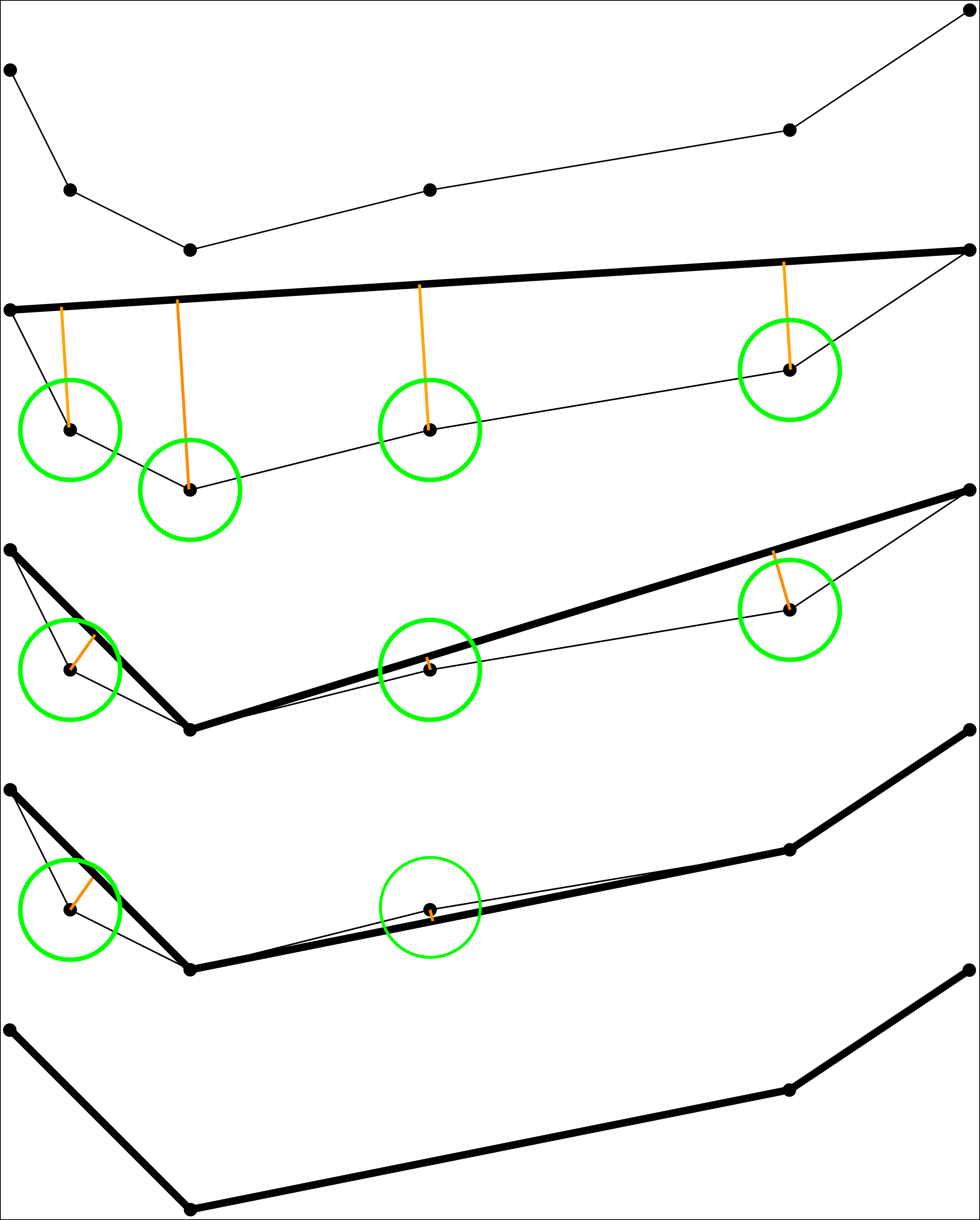 The threshold value is depicted as the radius of the green circle. Critical vertices are first identified, which define the representative shape of the element. Then, redundant vertices are discarded.

A reasonable starting threshold value would be 10 feet (3 meters). This value can be increased to remove additional vertices. Engineering judgment should be used when deciding on a final value.