Refer to the articles in our knowledge base to learn about Draw Land Use and Classify Land Use command.

Follow the steps given below to merge two or more land use layers using the Merge Land Use command:

The following sections describe how to interact with the above dialog box.

Select Land Use Layers to Merge

This section controls the selection of land use layers to be merged into a single layer. 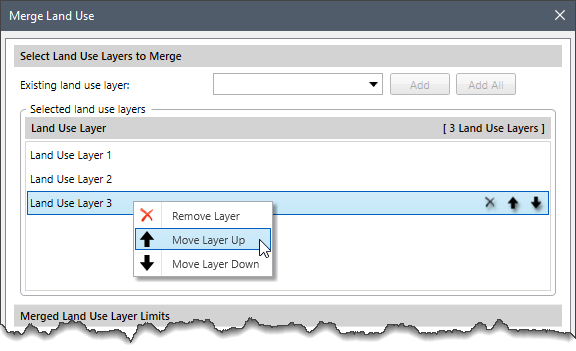 Merging the Land Use Layer

After the options have been defined, click the [Merge] button and the software will merge the land use layers into a new land user layer and load the layer into the Map Data Layers panel.