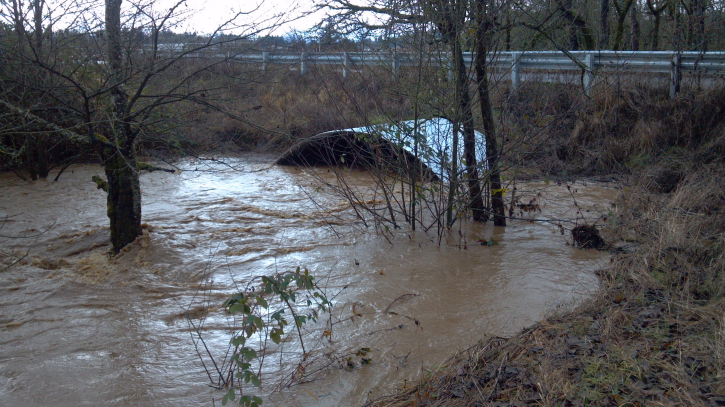 Ineffective flow areas often occur near roadway crossings when water levels exceed the channel banks and when water cannot flow in the longitudinal direction along the overbank areas due to roadway fill.  When this occurs, flow must contract to pass through the opening under the roadway, adding additional and often significant losses. However, if the roadway overtops, flow becomes possible in the overbank areas as well as in the main channel.

The below figure illustrates the ineffective flow areas upstream and downstream of a roadway crossing. 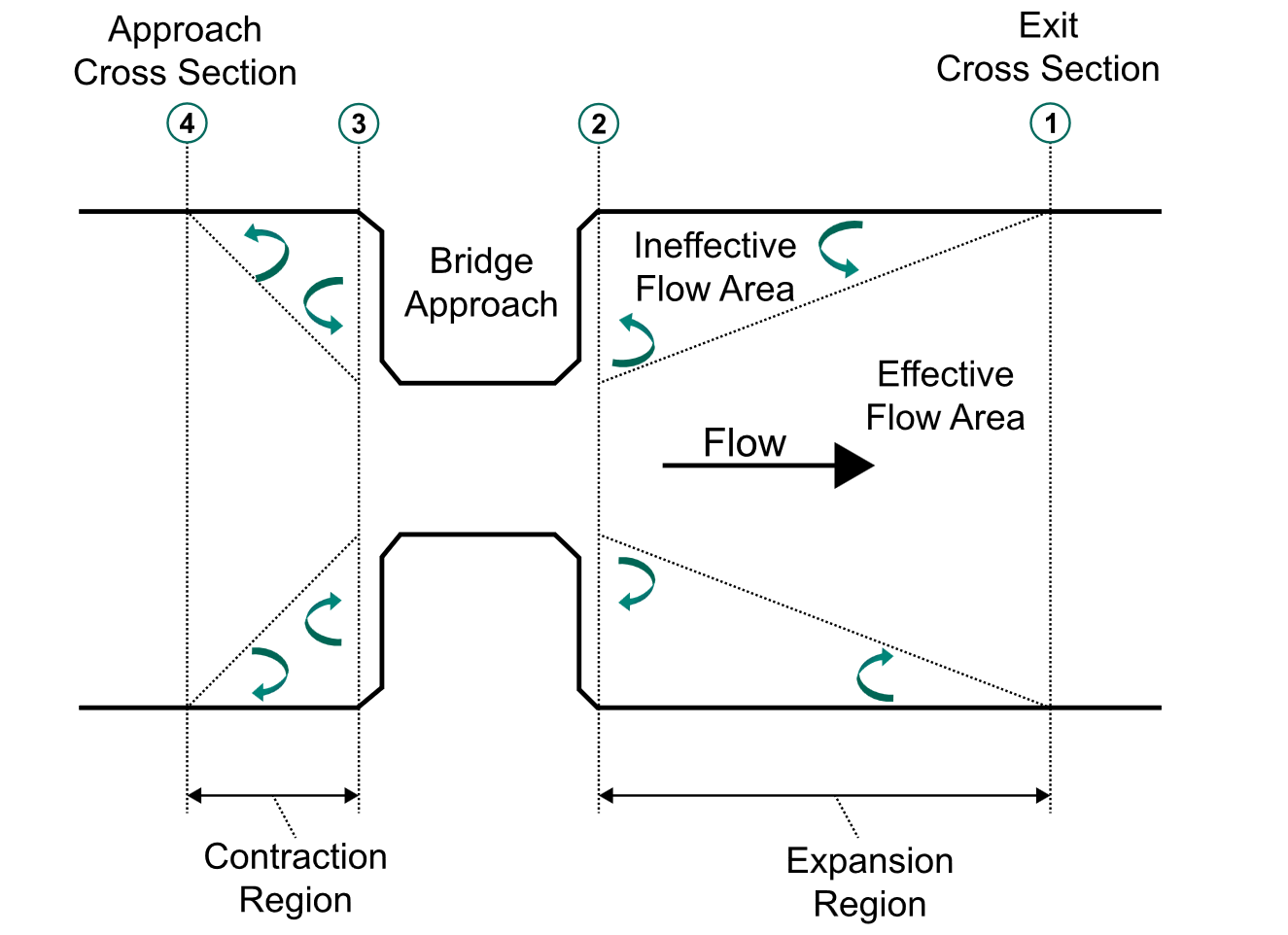 There are two types of ineffective flow areas available: 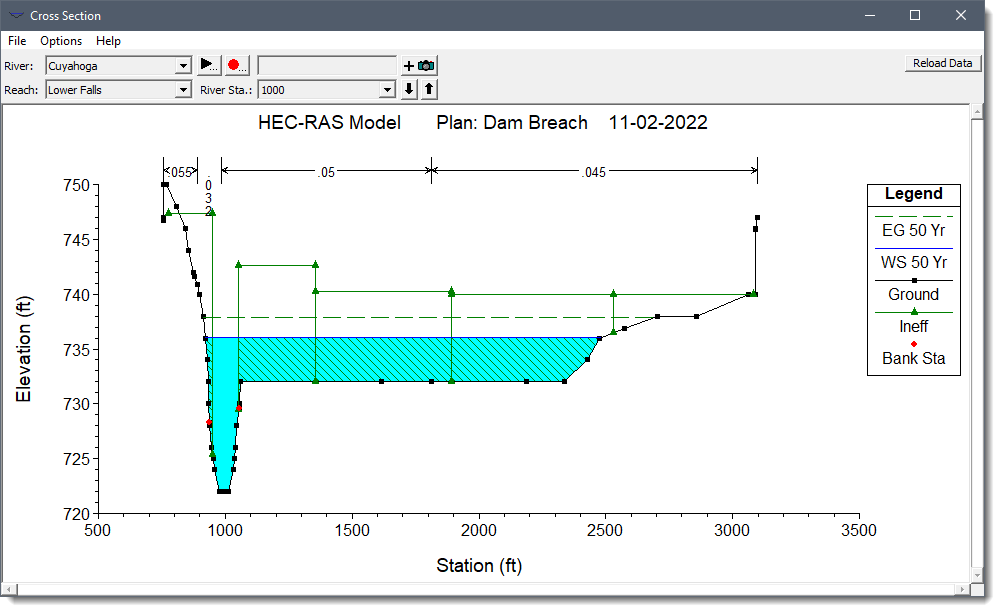 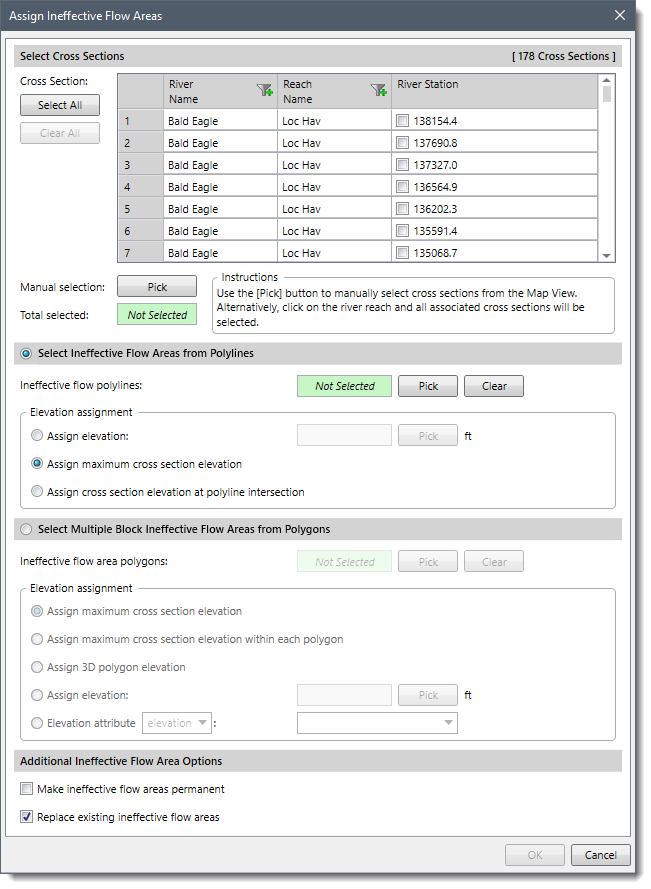 From this dialog box, the user can select GIS polyline or polygon data to define the ineffective flow areas.