LiDAR has become an established method for collecting very dense and accurate elevation data across landscapes, shallow-water areas, and project sites. Many LiDAR systems operate in the near-infrared region of the electromagnetic spectrum and cannot penetrate water, as shown below. As such, the terrain model is flat in these areas. 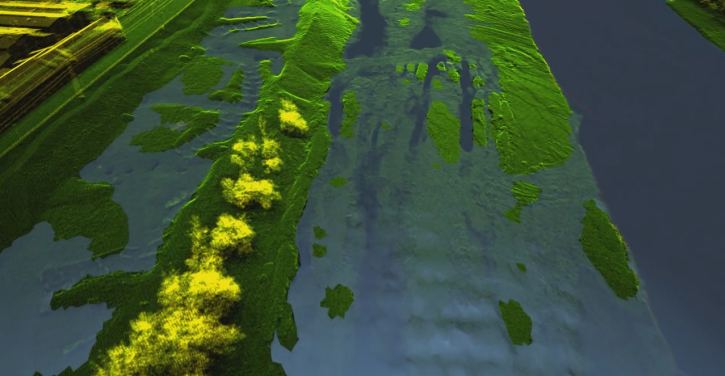 However, some LiDAR sensors operate in the green region of the electromagnetic spectrum and can penetrate water and detect the channel bottom features. These bathymetric LiDAR systems can be used in areas with relatively clear water to measure channel bed elevations. However, many times it is necessary to combine survey of airborne LiDAR (green) and sonar (red), as shown below. 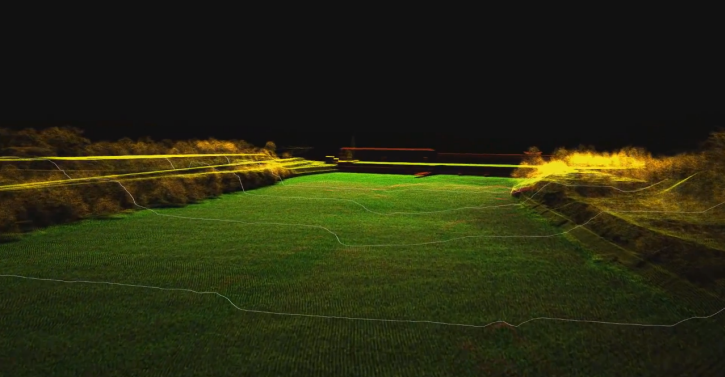 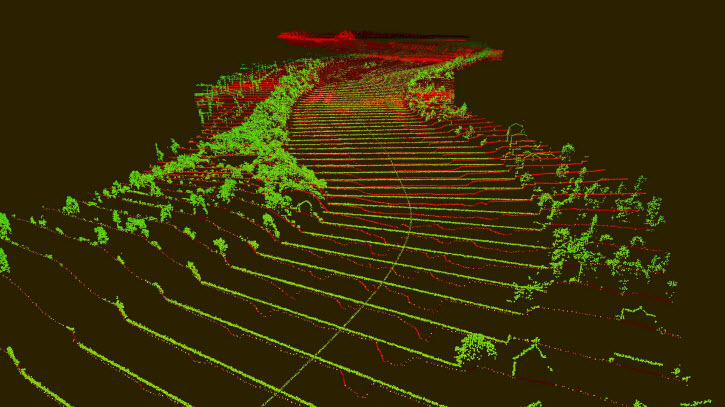 The following survey cross section point data can be used with the Conflate Point Data command:

The Conflate Point Data command allows the user to control the extent of the surveyed cross section data to be assigned as geometry data to the selected cross sections:

Below is an example of the Conflate Point Data command using channel survey data for an existing cross section that was originally created using LIDAR data, replacing the channel geometry of the cross section. 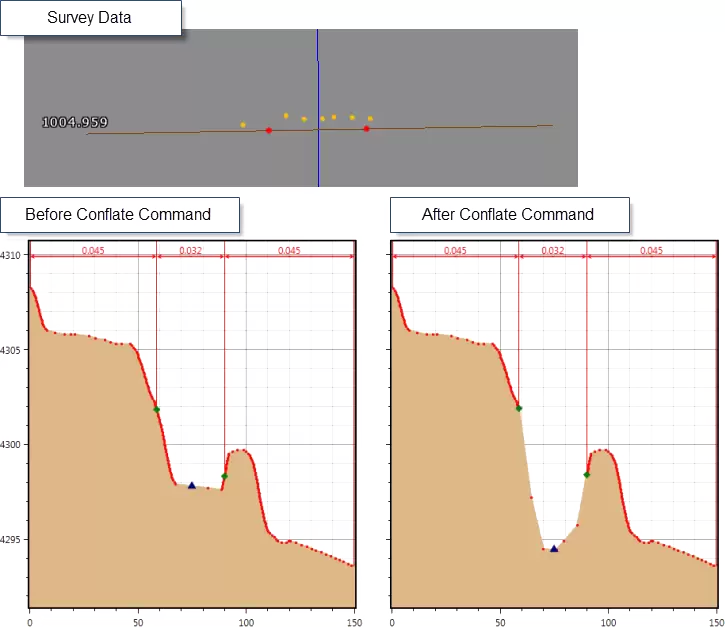